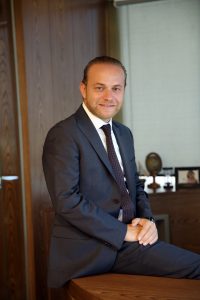 Chairman of the Board
General Manager

He was born in 1977 in İstanbul. He graduated from Private Beyoğlu High School. He started his career in the operations department of Inter Tourism INC. CO. between 1995-1998 and continued his career as the operations manager at Mazal Tourism LTD. Co between 2000-2004. From 2004, he has worked as a senior executive in the Çağdaş Factoring INC. CO. As of 01.12.2017, he has transferred his shares to Çağdaş Factoring. Metin Barokas has a 50% partnership in Dentavit Health Products Trade.Ltd.Co. Metin Barokas, who became a partner in LDR Tourism Inc. Co. at the beginning of 2011, is the partner with 100% share and Chairman of the Board of Directors of LDR Tourism Inc. Co. He is married, has 2 children, and a good command of English. 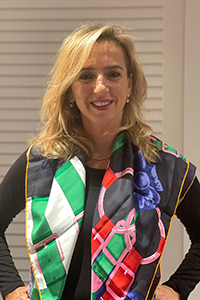 Vice Chairman of the Board of Directors 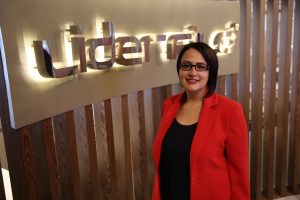 Born in 1980 in Istanbul, Burçin Baybatur Kök works as a Member of the Board and Deputy General Manager of LDR Turizm Inc. Co. After graduating from Sakarya University, Faculty of Economics and Administrative Sciences, Department of Economics with first place and honor degree, she continued her foreign language education in the USA. She started her professional life in 2000 and has specialized in the operational leasing industry since 2008. Between 2008 and 2013, she worked as the Accounting Manager at ALD Automotive Tourism Trade. Inc. Co., a subsidiary of Société Générale Group. She has been working in LDR Tourism Inc. Co. since 2013. She received training and carried out studies domestic and abroad in the fields of sectoral-based funding and risk limit studies, operational risk analysis, financial management in foreign currency funding models, IFRS-based financial statements, financial management with capital protection plans. She has a Public Accountant Licence and CMB Level 1 license. She is married, has a child, and has a good command of English. 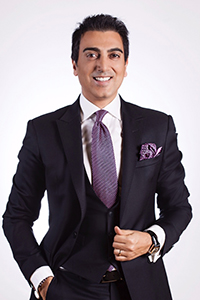 Saim Kılıç, who graduated from Ankara University Faculty of Political Sciences with a high degree in 1993, received his master’s degree in Finance from the University of Illinois at Urbana-Champaign in the USA in 2001, his MBA master’s degree from the Faculty of Political Sciences of Ankara University in 2002 and he completed his PhD in Accounting-Finance with a high degree in 2007. Saim Kılıç, who conducted research at Greenwich University in London in 2005, became Associate Professor of Finance in 2012 and a Professor in 2017. He started his professional life in the public sector in 1994, and for 20 years he has worked as a Specialist in the Capital Markets Board, Consultant in the Prime Ministry, Specialist in the Presidency, Chairman of the Audit and Oversight Board in Borsa Istanbul, Deputy General Manager in the Central Registry Agency, served as a Member of the Regulations Committee in the World Federation of Exchanges and the Eurasian Exchanges Federation, a Member of the Board of Directors at the Central Registry Agency, and a Member of the Board of Directors at the Capital Markets Licensing Registry and Training Company. Saim Kılıç, who moved to the private sector in 2014, has worked/is working as a board member and consultant in finance, industry, energy, construction, jewelry, and real estate companies, and served as a board member of GYODER (Real Estate Investors Association). Saim Kılıç, who is still a faculty member at Altınbaş University Faculty of Business Administration, gives lectures in the fields of business administration, finance, and corporate management. 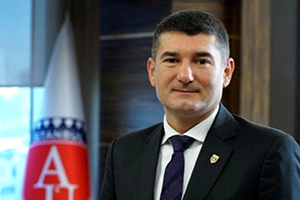 Çağrı Erhan, who was born in 1972 Istanbul, graduated from Ankara University, Faculty of Political Sciences, Department of International Relations in 1993. He completed his master’s degree in international relations at the same university in 1996, defending the thesis titled “The Opium Problem in Turkish-American Relations”. In 2000, he received his doctorate from Hacettepe University, Department of History with his thesis titled “Ottoman American Political Relations”. He became an associate professor of political history in 2003 and a professor in the same field in 2009. He won the “History Foundation Afet Inan” in 2001, the “SAM Strategic Vision” in 2013, and the European Union Jean Monnet Chair title in 2014. Çağrı Erhan, who served as a researcher and visiting academic at Georgetown, Tel-Aviv, Tokyo Chuo, TOBB ETU, and Bahçeşehir Universities, also served as an executive in projects supported by the EU, TUBITAK, Ministry of Youth and Sports and Development Agency. Çağrı Erhan, who worked as a lecturer at Ankara University between 1994 and 2015, was the manager of the European Community Research and Application Center (ATAUM) between 2005 and 2015. Çağrı Erhan has also served in various positions in organizations such as the Eurasian Strategic Research Center, Atatürk Supreme Council of Culture, Language and History, Ministry of Foreign Affairs, Turkish Military History Commission, Turkish Atlantic Association, Council of Europe, International Relations Council. He has been the rector of Altınbaş University since June 2015. Çağrı Erhan, who speaks English and French, is married and has 2 children.